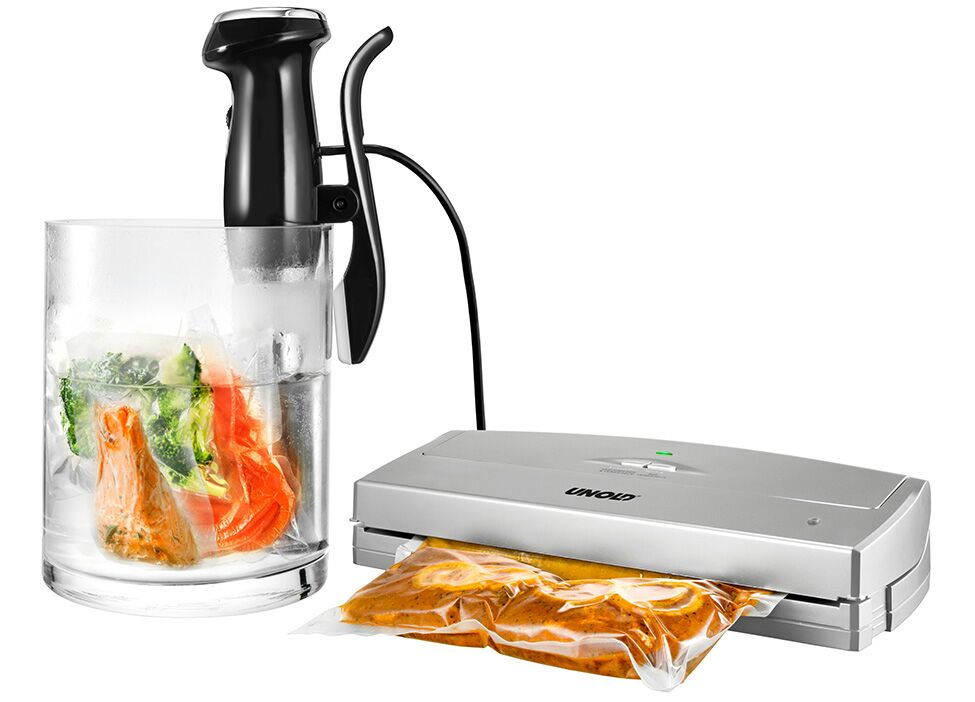 Sous vide is a method of cooking food generally sealed in a vacuum bag at low and constant temperatures, sealing the juices of the product, enhancing pleasant textures and boosting the natural flavour of the product.

Since the 1990s the applications of sous vide were extensive, from food service to convenience foods, Michelin star restaurants chefs (Heston Blumenthal, Joan Roca, Ferrá Adriá) and currently to home appliances that allow you to cook any food with this method at home.

In this video, Heston Blumenthal prepares a whole pork in “sous vide” bathtub!

The first attempt of low-temperature cooking comes from the XVIII century when Benjamin Thompson experimented with roasting meat using a machine he developed to dry potatoes.

During 1960s several kinds of research were carried out about the process of cooking in a vacuumed environment and low temperature. A precursor of sous vide technology named “Frigi-Canning” was introduced in a 1960s Food Technology article (Kohman, 1960) to extend the shelf life of hermetically sealed products in jars or cans. Between 1960 and 1965, the Swedish hospital system developed a method to cook food in sealed packages to centralize the distribution among the hospitals. This system was adopted in the USA during the late 1960s, focusing efforts on quality and wholesomeness of the food, coming to the conclusion that vacuumed sealed products allowed food to retain its flavour and have a better texture.

During the 1970s this method was researched in depth by the scientist Bruno Goussault and also was implemented in the Restaurant Troisgros with limited commercial applications. In 1985 the French national railway company decided to adopt sous vide to boost its cuisine program.