Cooking My Way to Surf #2: Starting the Day 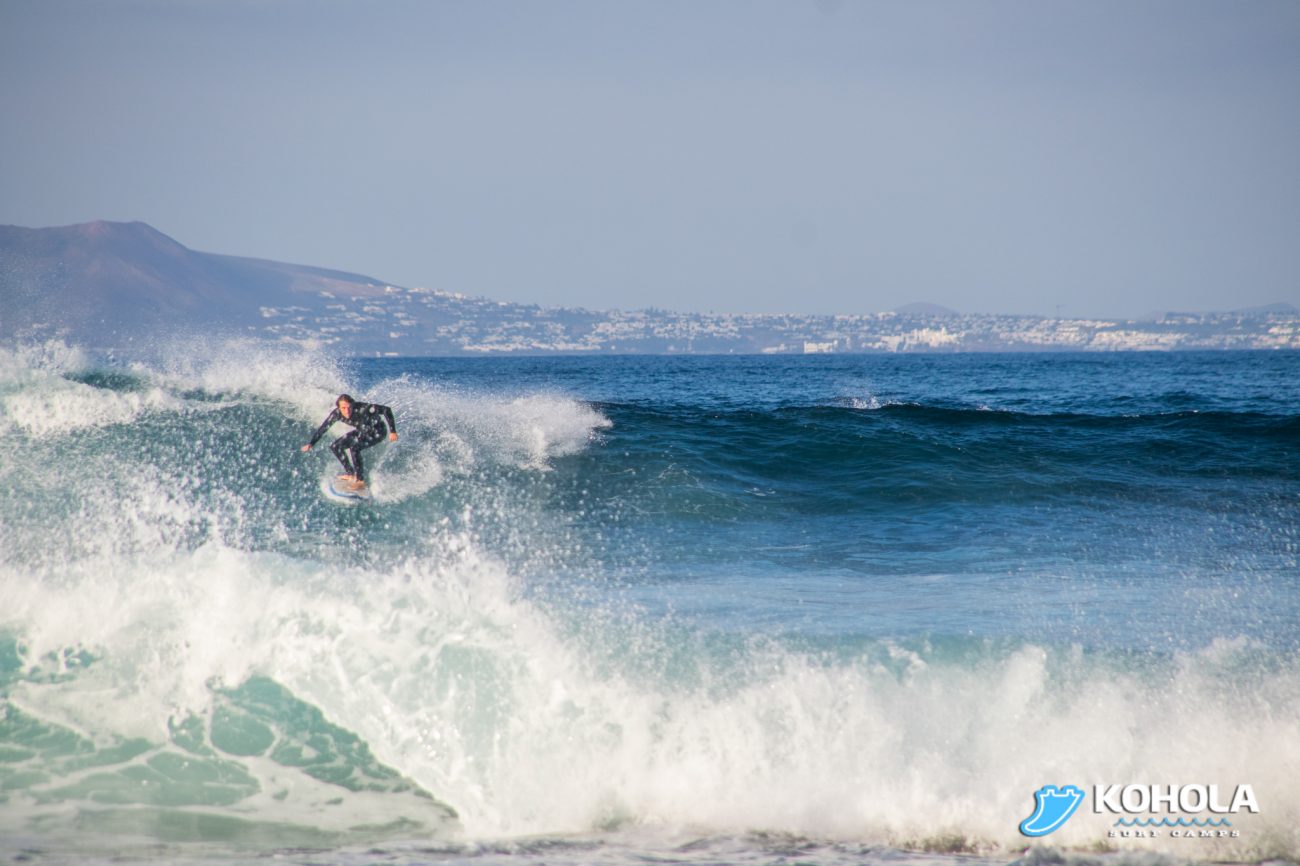 The cover photo (by Dario Kojić) may seem like it has nothing to do with breakfast, nor scrambled eggs (which are the main focus of this post), but it is what I like to do after having scrambled eggs for breakfast.

Let’s start a day. I am the first one to get up in the camp, and I go running which sounds terrifying to some, but it’s good for a number of reasons: (i) it makes you healthy (specially your heart); (ii) it increases your stamina (very important for surfing); (iii) it wakes you up better than any coffee. Also, there is something alluring in running through empty streets while watching the day coming to life. For extra motivation, I would suggest having a stopwatch (or a smartwatch if you’re fancy) and trying to set your new personal record.

After breathing enough air and cooling a bit, it’s time for feeding the most loyal being of this house, the cat called Čki [tʃki]. Then I write what’s for dinner that day on a blackboard (with an artistic expressions sometimes), and finally, I start making breakfast.

Breakfast is always the same and there is not much cooking. I cook coffee and hard boiled eggs, stack ham, chorizo and cheese slices on a platter, take out eating utensils, milk, cereals, butter, cream cheese and yogurt, buy and slice some bread. Lastly, I make scrambled eggs, which is the only thing that requires some cooking skills, and also, it is the most eaten part of the breakfast.

First of all, appropriate tools need to be used. My cooking vessel of choice is a pan with a “good” non-stick coating. It should be as small as possible so you can quickly mix and scrape over the whole area of it, and of course, big enough to accommodate all the eggs you want to scramble (my 28 cm pan is big enough for up to ~30 eggs). Non-stick coating makes it easy to clean afterwards (cleaning a stainless steel pot after making scrambled eggs in it is a nightmare, since even a dishwasher on the highest setting couldn’t clean it). If you use a pan with a “bad” non-stick coating (meaning you have troubles cleaning it afterwards), try to season it: heat it with some oil in it and let it cool down before putting eggs.

The tool used for scrambling could also change the final texture. You want something with which you can scrape the bottom and sides of the pan and break the egg curds easily. If you use a wooden spoon with a straight edge (like me) you will be fine, but a silicone spatula would be even better because it is flexible and can take the exact shape of the pan, therefore there won’t be any spots left unscraped/unscrambled. A whisk can also be used, if the smallest possible curds are desired. For example, using the lowest heat (or a double boiler) and whisking instead of stirring produces luxurious scrambled eggs that have consistency of a cream, or a pudding (a bit too posh for my taste).

Apart from eggs, only some salt is needed, and you could debate about when to put it. Some say that if you add it in advance of cooking the eggs become watery because the salt breaks down protein and releases water. Others say that it helps the eggs retain their moisture and tenderness because salt acts as a buffer between the proteins in the eggs, preventing them from linking as tightly as they otherwise would during cooking. The truth is, it doesn’t matter if you put salt prior to, during, or after the cooking. It won’t change the end result noticeably, it is the technique that makes the difference.

Some people put extra ingredients (liquids) in the eggs to make them creamier and more succulent. Milk makes them juicier (because you’re adding liquid, obviously), and cream makes them richer (because of fat). But it is possible to make scrambled eggs juicy and creamy without adding anything. It is a matter of personal taste, but I would suggest to learn how to make them without anything before putting extra ingredients.

Apart from liquids, some solids are often added to scrambled eggs. Those solids could be fresh cottage cheese, parmesan cheese, mascarpone cheese, butter, … They are added just after the cooking which heats and melts those solids, but also cools down the eggs which stops them from overcooking. Again, try and learn how to make it without anything and then start to play around with extra ingredients.

Actually, the technique to make scrambled eggs is very simple: use medium-low to low heat and stir constantly. But it could be tedious since it could take up to 15 min (when I make 10 – 15 eggs it takes around same amount of minutes). With changing the temperature you change the cooking time, but also the final texture: more heat means faster coagulating protein and therefore larger curds. Also, you need to stir faster and it is easier to overcook eggs with more heat. That’s why you need gentle heat.

To start making scrambled eggs you could whisk eggs in a bowl and then transfer them to a pan on a heat with some melted butter (or olive oil, or some other oil), but you have one extra bowl to clean. I like to turn on the stove, crack eggs directly into a pan (without any oil or butter), and start stirring until desired consistency, texture. Along the way, eggs go through a number of consistencies which are shown:

Cracking eggs in a dry pan set to medium-low heat.

Whites are not fully incorporated and the mixture has something jelly-ish viscosity-wise.

Whites are almost incorporated; the mixture has high viscosity but the jelly-ish appeal disappeared. There is some foam from stirring.

The viscosity dropped a bit. Notice there is a second stream of the mixture flowing from the spoon.

The viscosity is dropping even more. The streams are starting to break and the mixture is dripping (instead of flowing).

The mixture has almost water-like viscosity. The stream is obviously dripping (not flowing). Also, the mixture became more pale.

The mixture is nicely coating the spoon (it doesn’t slip immediately), and curds are forming.

The mixture is getting thicker with a lot of curds. Now it is good time to scrape the bottom of the pan and break the curds. Placing the pan off the heat while doing it would be even better.

On my way to surf

So that’s it for the breakfast. I’ll go ahead and wash the dishes, put my wetsuit on, grab the board, and off I go. C ya! – ideal scenario

Or maybe not. After washing dishes I will drink my coffee, check weather and surf forecast, see if I can surf on the nearest spot (to which I go on foot), or I will go by car with the rest of the team. Or I go shopping for food first. Or I don’t go to surf because it’s too windy. Or I write posts for Grandmas Food Lab. Or something. – real scenario