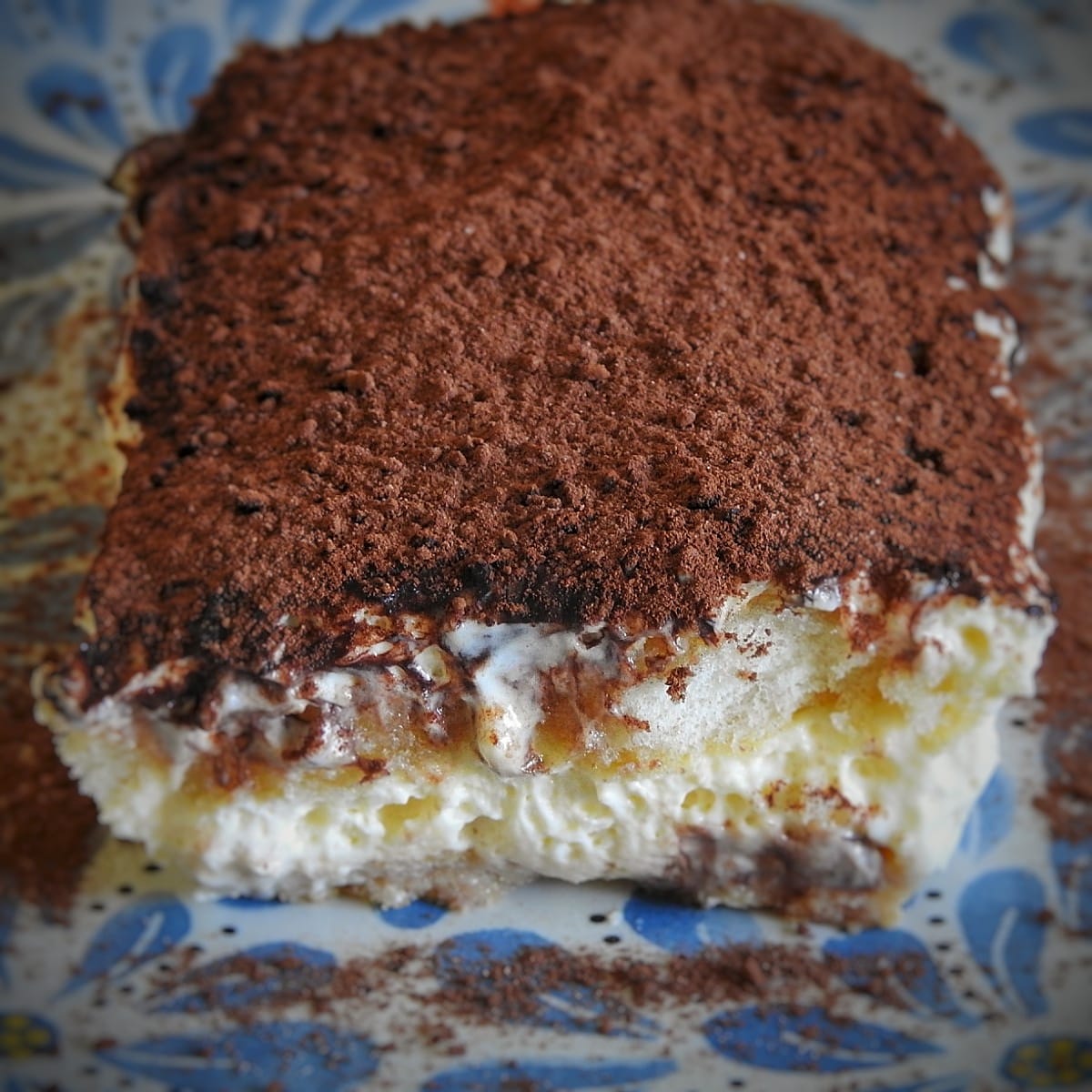 Easy, delicious and it's believed it "picks you up"

Some stories place the origin of this dessert in the XVII century in honor of Cosimo III de Medici, Tuscany Duke and it became so popular among the courtesans. The second story places it in Torino in the XIX century, when this dessert was created as a sort of delicious and creamy “red bull” to “motivate”  the Count of Cavour in his task of unifying the Italian peninsula. The third story and the most recent places the origin of Tiramisu in the second half of the XX century, when the brothels of Treviso offered to their clients a delicious “snack” to regain strength, after 1958 when a law obliged to close all the brothels, the recipe was recovered and sold in restaurants. Historians agree that the third story the most likely to be the “real” origin, mostly due to sanitary issues (mascarpone cheese, eggs).

I based my recipe in the recipe from the book “Culinaria Italy” with little modifications in the steps to follow and main ingredients, however, I dared to pasteurize the egg yolks to avoid salmonellosis and a little longer fridge time and I wanted to contribute with a different way of the coffee that baths the ladyfingers.