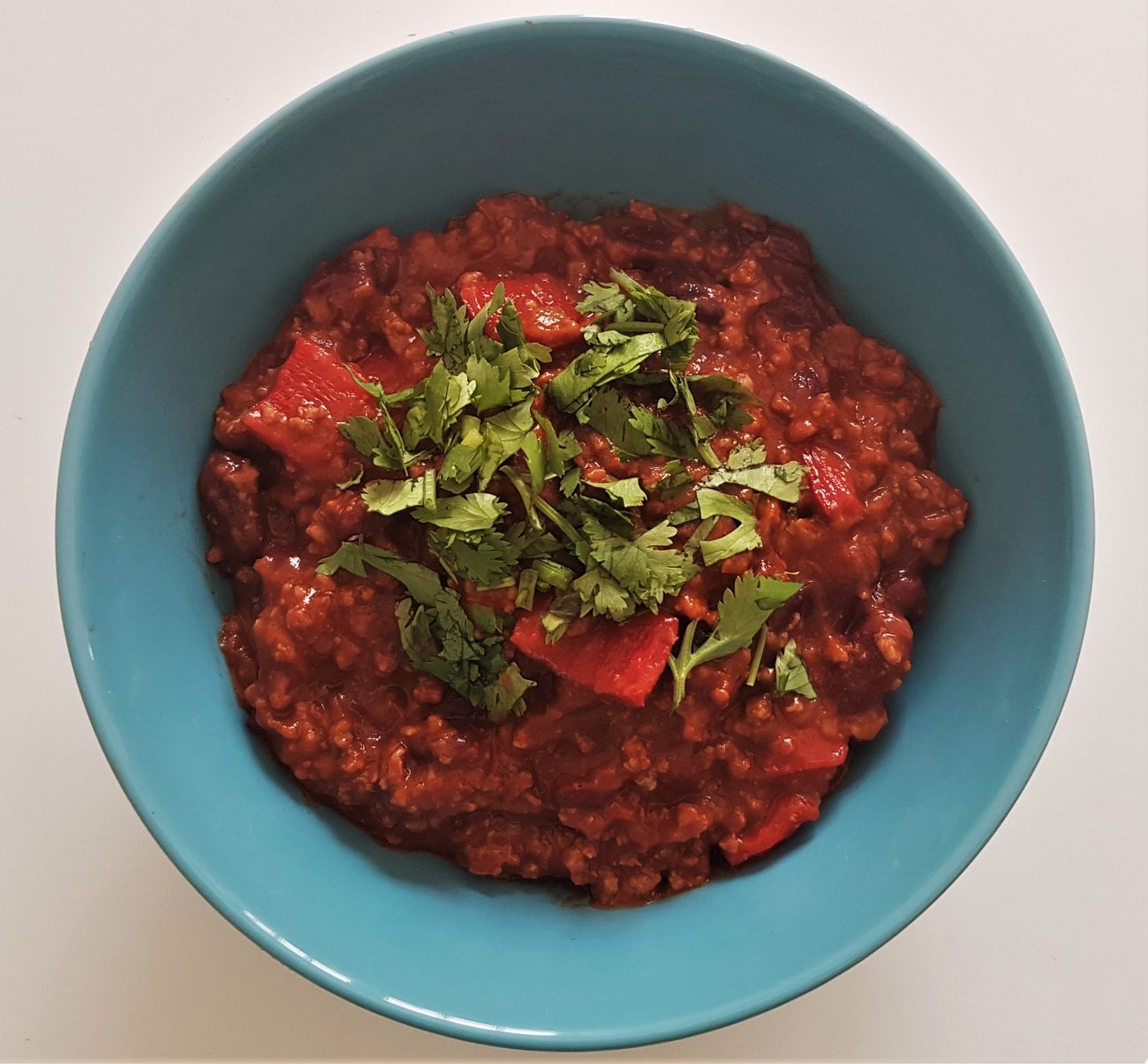 A spicy stew containing chili peppers, ground (or finely chopped) meat, and often tomatoes and beans originated in Texas, in mid 19th century, by Texan adventurers and cowboys as a staple for hard times when traveling to and in the California gold fields and around Texas. Needing hot grub, the trail cooks came up with a sort of stew.  They pounded dried beef, fat, pepper, salt, and the chili peppers together into stackable rectangles which could be easily rehydrated with boiling water.  This amounted to “brick chili” or “chili bricks” that could be boiled in pots along the trail. There were similar dishes made by other groups of people in the same area and also neighboring Mexico, but this version was the most popular one. It became so popular and loved among Texans that it became the official “state food” of Texas in 1977.

It is hard to say what is “the real” Chilli today as there are many versions of the dish (Texas Red, Springfield-Style, Cincinnati Five-Way Chilli, Chasen’s Chilli, …) and everyone likes to make their own version. Moreover, there is a dispute over ingredients that go into a Chilli, specially over beans and tomatoes which were not used in early versions of the dish. But that’s also the beauty of it. You can personalize it the way you like it. Here I present the version I am making in the Surf Camp, where this Chilli is my favorite dish.

Note on spiciness:
Instead of using just chili powder you can use whole dried chilies, and fresh chilies alongside peppers to achieve more complex flavor and spiciness. You could make it not spicy at all by not using chilies, but then the name of the dish would make no sense.