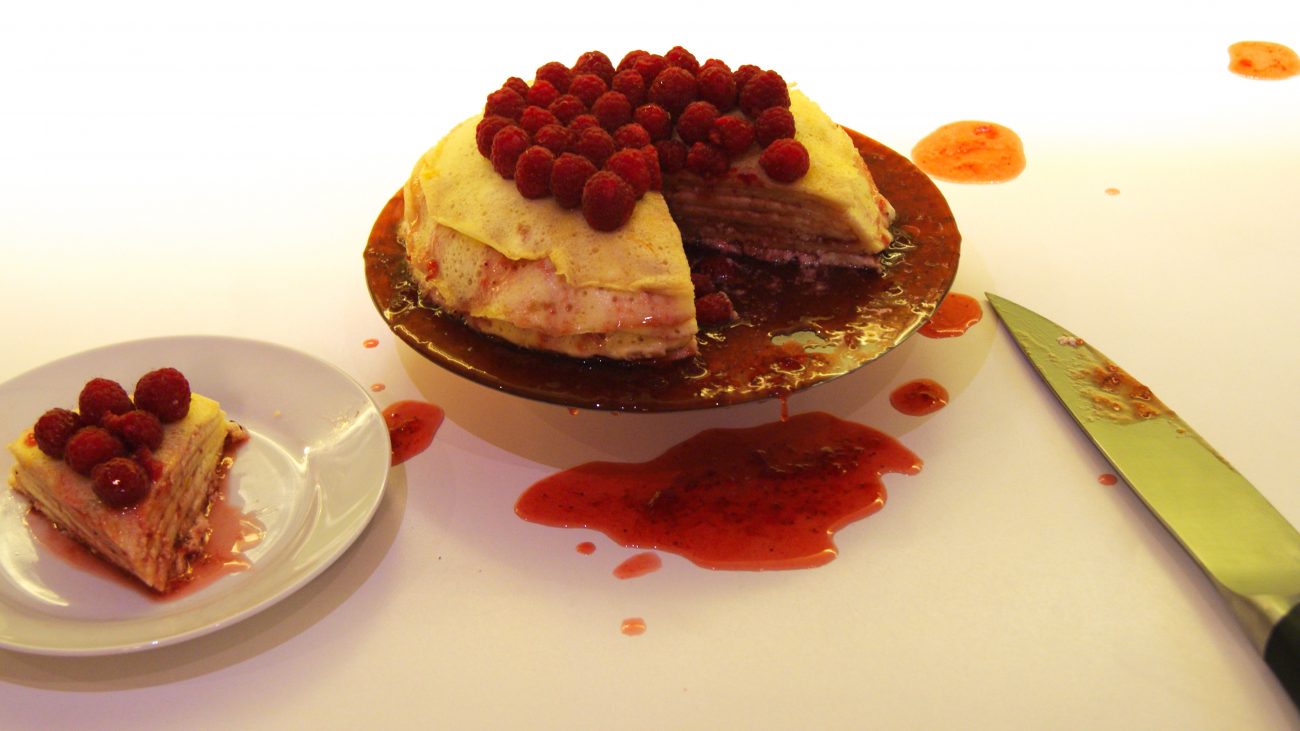 This is not just one of my favorite desserts, it is also one of my favorite grandma’s recipes. Yes, an actual grandma’s recipe! Some say that the dish originated in Vienna, during Austria-Hungary times, but I also found out about something similar in Swedish cuisine. But the real origin here doesn’t matter, it’s the taste and texture that matters.

Essentially, it is a cake made out of crêpes, crêpes that are made with whipped egg whites, and cooked only on one side, hence the creaminess in the name. It is so creamy and light, it feels like eating a cloud!

Since they are cooked only on one side, and they are extremely fluffy, it is a tricky job to stack them correctly on top of each other. It takes a couple of tries to get it properly, but it’s worth every effort.