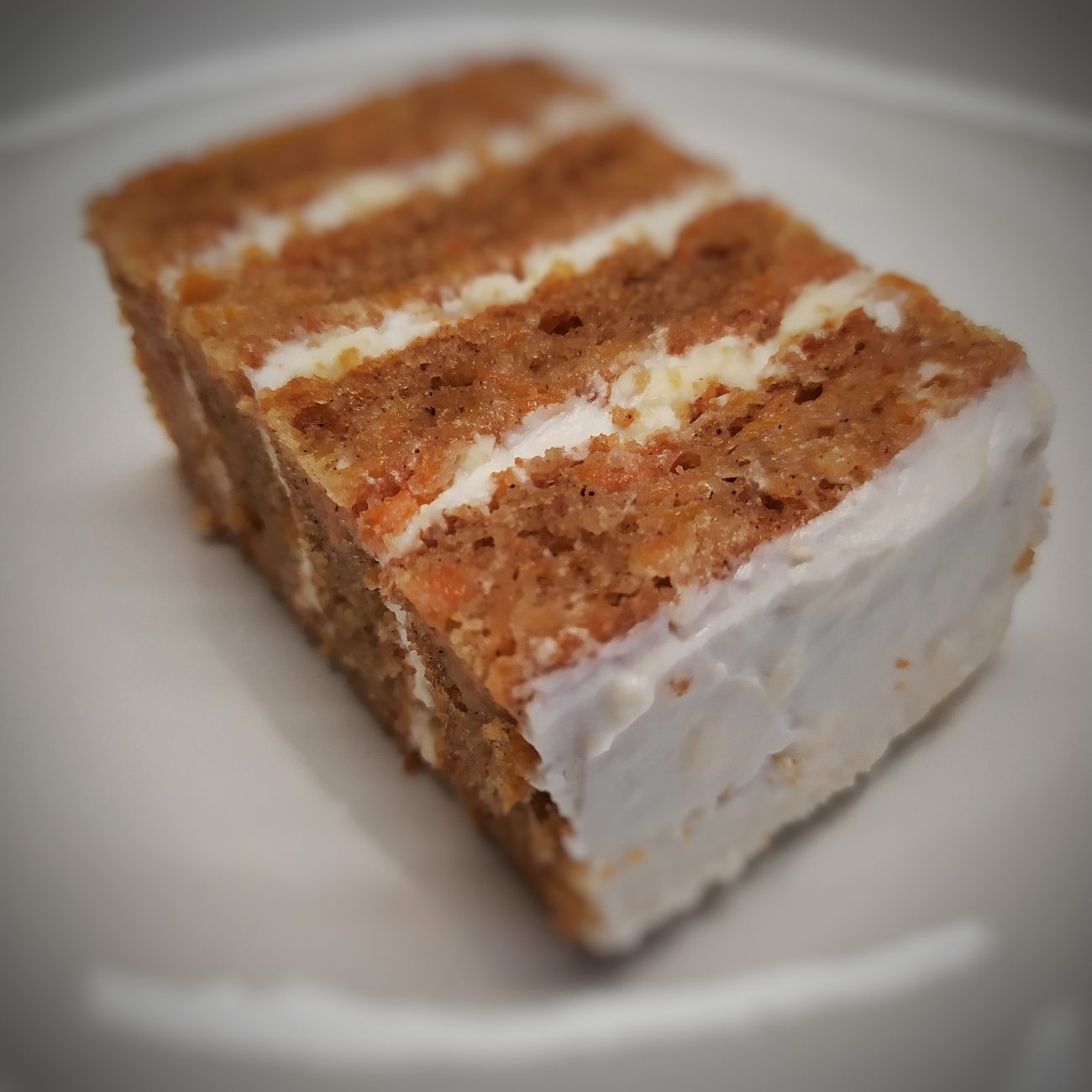 I came to the conclusion that “Carrot Cake” is one of those cakes received with a great amount of prejudice. How can a carrot accomplish that golden position of vanilla, strawberries, and chocolate? How can a vegetable be in a dessert? According to 2020 and it’s predecessor 2019, there is no golden rule for what goes where or how you should define the position of anything. #sorrynotsorry

On a personal basis, the carrot is not the star of this baked good, I believe it’s just an easy excuse to dress it as “healthy”. Cinnamon… Cinnamon is the boss in the dark and the fat of your choice the dealer, the more expensive (talking on a range of sunflower oil to butter) the better the flavor is delivered.

The difficulty of this cake is hilarious and once you make it, you will be the Cinnamon of the party! but that’s just a biased opinion